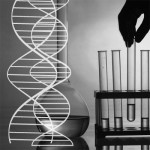 An article that examines, validates and explains the scientific concepts and terminology used in Dimensional Design’s Technology.

DNA Testing on The Home/Office Adapter

Research has also shown that electromagnetic radiation from electrical circuitry and routers in homes and offices inhibits the electrical properties of DNA. The SafeSpace Home / Office Adapter has been shown to not only reverse DNA damage, but to improve the DNA beyond the control.


Read the full DNA Testing on The Home/Office Adapter Paper

Heart Rate Variability (HRV) testing to show the energetic effect of the VitaPlex pendant on the body.

Testing the impact of the SafeSpace Smart Patch on actual human DNA showed that the Smart Patch neutralized the toxic effect of EMFs and had a beneficial biological effect on DNA.

HRV Testing of the Smart Patch on Cell Phones

Bioresonance Testing with the Smart Patch

Bioresonance testing was used to evaluate stress patterns in the body created by the typical cell phone. The SafeSpace Smart Patch on the phone is shown to clear the stress patterns.


Read the full Bioresonance Testing with the Smart Patch Paper